The Audiovisual Council (AC) has sanctioned the channels Primul in Moldova and NTV Moldova with MDL 50,000 in total for violating the rules on correct reporting on the subject of the situation in Ukraine. The sanctions were imposed at the meeting on March 11, after the AC members examined two monitoring reports.

The first monitoring report covered all broadcasting programs of five TV channels from February 21 to February 22. The AC found no deviations from the legislation in the case of Moldova 1, Jurnal TV and Prime.

On the other hand, NTV Moldova violated the principle of correct information of the public by broadcasting several speeches, including from the meeting of the Security Council, among which were interventions of the Russian President Vladimir Putin, who spoke about “the reasons for recognizing the independence of the separatist regions of eastern Ukraine”. The AC representatives said that the speech and other accusations by the Russian head of state were not balanced with Ukraine’s point of view. “The speech is full of threats and serious accusations against Ukraine and representatives of Western states, and the media service provider NTV Moldova did not intervene in any way to balance these accusations with other views. His speech disputes the existence of the Ukrainian state and labels it as an artificial state founded by Bolsheviks,” quoted Victoria Cecan, head of the TV monitoring department, from the report.

She noted that in other news, Ukrainian President Vladimir Zelenski was quoted, but much less.

The AC also found violations in the broadcasts of the television channel Primul in Moldova during the same period. “Thus, in the Vremea (Время) program of February 22, in the first topic, the opinions of several deputies of the legislative body [of the Russian Federation – n.r.] on support for the vote on the independence of the eastern regions of Ukraine are presented. Another approach to this issue is missing, including reactions or positions from Ukraine,” added Victoria Cecan.

The AC rejected the information that the station had been sanctioned for that period.

The AC member Eugeniu Ribca proposed that TV channels should be fined only for one article and not for two, as proposed in the draft decision, in order to avoid the principle of “double sanctions”. His proposal was supported only by Tatiana Crestenco. “The argument that February 21 and 22 were the last days when providers allowed the retransmission of these types of programs in their schedules does not hold up. There had to be a war to stop the retransmission of these programs in the Republic of Moldova. For years, programs like “Vremea pokajet” have been retransmitted in the Republic of Moldova without any intervention, without any care on the part of the provider”, mentioned the vice-president of AC, Aneta Gonta.

Thus, the majority of the AC members voted to sanction NTV Moldova with MDL 20,000 in total for two repeated violations. In one case it is for violation of the obligation to inform “about a correct fact or event, and the information to be verified and presented impartially and in good faith”, and in the second case – for violation of the requirements “to ensure impartiality, balance and favour the free formation of opinions, by presenting the main opposing points of view, during the period when the issues are under public debate”. Moreover, Primul in Moldova was sanctioned with the same amount.

The second monitoring report covered only the broadcasts of the television channel Primul in Moldova. Examination of the results was previously postponed. The monitoring was ordered ex officio by order of the Head of the AC and covered the period of February 24-27. The monitoring data showed that during this period, Primul in Moldova did not broadcast any news, debate or analysis programs from the Russian Federation, but local ones. Thus, the AC assessed only the content of local broadcasts and found some violations of the provisions on correct information. “The editorial decision to stop retransmission of audiovisual news and debate programs from the Russian Federation shows prudence and caution. At the same time, the Audiovisual Media Services Code requires media service providers to inform correctly in all content, including local content, without distorting reality or ignoring it,” writes in the AC report.

After examining this report, the AC members decided to sanction Primul in Moldova with MDL 10,000 in total, for two repeated violations regarding the correct information of viewers.

On March 2, NTV Moldova was publicly warned and fined with MDL 15,000 in total (MDL 5,000 of which for failure to provide recordings), Primul in Moldova – with MDL 20,000, and RTR Moldova – with MDL 5,000, in the context of reporting about the security crisis in the region. 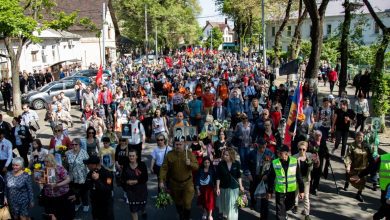 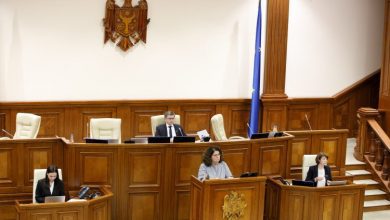 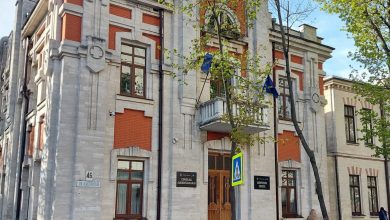 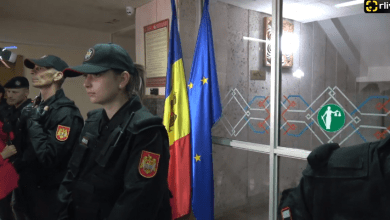