legal adviser at the SCJ

During the meeting of May 4th, the Government approved a draft law regarding the modification of several normative acts, including the Law on access to information. To dispel possible concerns regarding the effects of this initiative, it is necessary to state that the document has not yet become a law. These proposals can acquire legal force only after the examination and approval of the project by the Parliament, a process that also involves the public consultation of the document.

Until these events occur, let’s analyze what exactly the proposed changes entail and what effects they may have on the right of access to information.

Since 2019, when the Administrative Code entered into force, contesting refusals to provide information by the authorities had become a real hassle, both for applicants and for the courts.

Currently, the Law on access to information establishes that the applicant can challenge the provider’s refusal “both extrajudicially and directly before the competent administrative court”. In practice, there have been numerous problems related to the interpretation of this text. More precisely, is the extrajudicial way an alternative left at the disposal of the applicant or, however, is it mandatory to be followed before going to court?

In principle, with the crystallization of jurisprudence on this segment, the magistrates agreed that it is an alternative option and not a mandatory one. In other words, currently, applicants do not have to follow the preliminary procedure before going to court.

The administrative code contains several articles regulating the preliminary procedure[2]. The interpretations of the magistrates in relation to these provisions were and continue to be extremely varied. On the one hand, some courts consider that the preliminary procedure must be followed only when special legislative rules (derogating from the Code) provide for this procedure and, on the other hand, other courts consider that compliance with the preliminary procedure is the rule, and the exception intervenes only where special laws expressly “exempt” plaintiffs from this burden. Therefore, many of the actions filed in court by the information requesters were declared inadmissible for failure to comply with the prior procedure, and others – because the requester missed the court deadline, waiting for a response to his prior request from the provider.

An attempt to shed light on this dilemma occurred at the end of 2021, when the Supreme Court of Justice (SCJ) published an Informative Note. The SCJ clearly pointed out that “the prior procedure is mandatory only when the special law expressly provides for it”.

Therefore, in the event of the legislation of the Government’s proposal regarding the preliminary procedure, the applicants will still be able to challenge the refusals from the suppliers directly in court. In other words, the amendment will NOT change the state of affairs in this segment.

2. Deadline for providing the information

Currently, the law provides that “the requested information must be made available to the applicant from the moment it is available to be provided, but no later than 15 working days from the date of registration of the request”. In this sense, the Government’s amendments assume the exclusion of the phrase “from the moment they will be available to be provided[3]. Therefore, if the Executive’s amendments become law, the 15 working day period will remain unchanged.

A major problem, however, is the proposal[4] to extend the deadline for extending the period in which information providers must return with an answer. Currently, the law establishes that the deadline for providing the information (15 days) can be extended by 5 working days if the applicant requested a “very large volume of information that requires their selection” or if “additional consultations are necessary to satisfy the request”. Therefore, the maximum waiting period for a response cannot exceed 20 working days.

On the other hand, the draft law approved by the Government provides for the possibility of extending the standard term (15 days) by up to 30 working days. Thus, in the event of the legislation of this proposal, in some situations, information requesters will be able to hope for an answer after 45 working days.

3. Request for access to information and the requirements of the Administrative Code

Two other proposals contained in the Government’s draft law provide for the obligation of the information requester to comply with the requirements of form and content, provided by the Administrative Code, when formulating and addressing their request[5]. Subsequently, they provide for the provider’s obligation to register and examine information requests in accordance with the provisions of the Code[6].

Currently, the Law on access to information lists several requirements in relation to requesting information. Specifically, it must contain identification data of the requester, sufficient details to identify the information and the acceptable way of receiving it[8]. In turn, the Administrative Code also provides the same conditions, the only additions being the indication of the “name of the public authority”, the “motivation of the petition” and the “signature”.

Although, for more than 3 years, the national courts have clearly pointed out that the procedure for exercising and capitalizing on the right of access to information falls under the Administrative Code, this fact is still a subject for polemics in the public space.

Therefore, the request for access to information addressed to a public authority must satisfy both the conditions imposed by the special and the general law, with one exception in this respect – “motivation of the petition”. According to the special law[9], the information requester is released from the obligation to justify his/her interest in the requested information. The same rule is established in the Tromsø Convention (“The requester of an official document shall not be obliged to state his/her reasons for obtaining access to the document”).

However hard the fierce critics may argue against this fact (accomplished), a few things remain certain:

• According to the current legislation[10] (as well as the one recalled[11] with the entry into force of the Administrative Code), the request for access to information addressed to a public authority is a petition.

The law on access to information provides that the request can be readdressed to another provider when the requested data is not in the possession of the notified provider or “if there is another provider that would more fully satisfy the request”. The redirection can only take place if the supplier has informed the applicant, within 3 working days, about this fact and obtained an agreement from him/her.

In this sense, the draft law approved by the Government comes with the proposal to exclude these provisions from the text of the Law on access to information. Probably the reasoning of this amendment results from the fact that the same institution (of readdressing) is also regulated by the Administrative Code[14]. However, the Code does not establish the authority’s obligation to obtain an agreement from the applicant (petitioner), and the information deadline is 5 working days. Therefore, this proposal is detrimental to information requesters.

The law on access to information distinguishes between two categories of providers:

2. Physical and legal persons who, based on the law or the contract with the public authority or public institution, are empowered to manage some public services and collect, select, possess, keep, dispose of official information (“Premier Energy”, “Moldova Gaz” etc.).

The suppliers in the first category are subjects that fall under the scope of the Administrative Code and the “adjustment” of the Law on access to information to its provisions can be justified in this case. On the other hand, guided by the rules of interpretation and application of the law, when we talk about the persons in the second category, only the provisions of the Law on access to information are applicable to them. At the same time, according to the practices of some courts, the disputes filed against the subjects of the second category were tried in the administrative litigation court, and others in the common law court. In other words, some magistrates “assimilated” the legal entities that manage public services with the authorities. Therefore, it remains uncertain whether, when drafting the draft law, the Government took this fact into account.

For many years, civil society has been systemically signaling about problems in the field of access to information. With good reason, in the context of the numerous illegal refusals from the suppliers, the delayed responses or the silence with which the authorities treat the requests of the applicants, access to information in the Republic of Moldova cannot be labeled anything other than “a gimp right”.

Illegal enforcement practices by providers are perpetuated. Courts put the Law on access to information on the list of obsolescence in order to “revive” it later. The international standards that the state has undertaken to respect, as well as the objectives nicely inserted into government programs and action plans, remain for the time being only on paper.

At the epicenter of this drama is, in the vast majority of cases, the press, for which access to information is one of the main work tools. While some amendments in the Government’s draft law do not fundamentally change current practices, others make access to information of public interest even more difficult.

Legislation on access to information cannot become the target of haphazard and uncoordinated changes. The legal framework must be reformed in a consistent way, by adjusting the law to international standards and excluding provisions that generate uneven or erroneous interpretations. 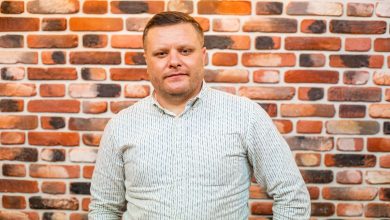 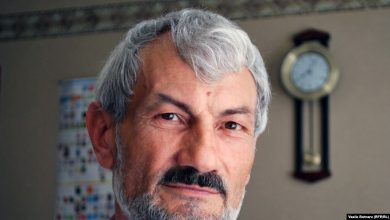 Press in Moldova: Disgust and Admiration